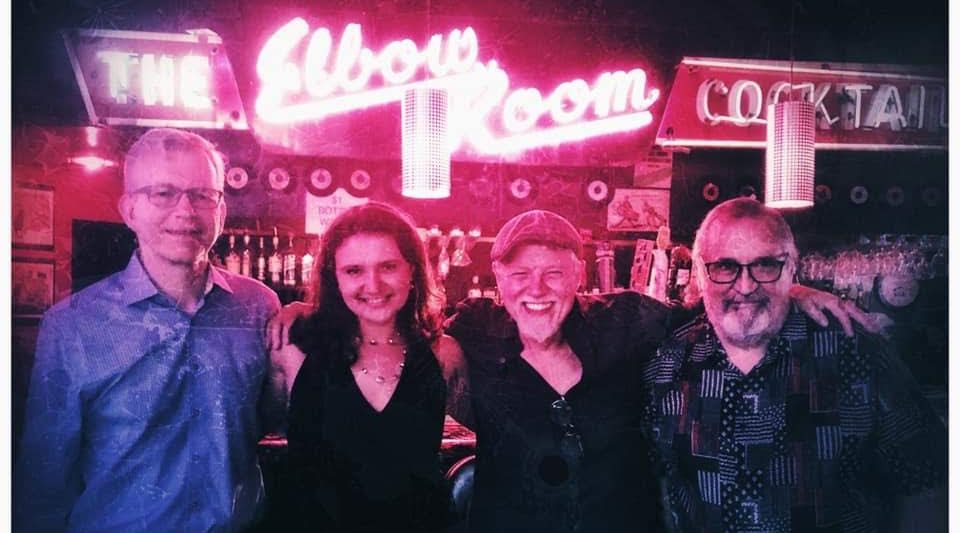 Home Cookin’ Band is a talented blues-rock troupe from Chicago. The band consists of Anastasiya Protasevych on lead vocals and guitar, Kevin Lahvic on bass, Michael Costelloe on lead guitar and Jeff Gilbert on drums. Protasevych, originally from Western Ukraine, relocated to the Chicago area in 2017. Her unique vocal style reflects notes of such disparate artists as Chrissie Hynde, Nico and Annette Peacock. It’s a sexy, come hither approach that is hauntingly memorable and smooth as silk. Costelloe simply smokes on leads and delivers a real meat and potatoes rock ‘n roll tone. Lahvic and Gilbert spent many years in the popular Chicago act Matthew Morgan and The Lost Brigade.

The single “Working for a Good Tip” makes for a strong debut. Protasevych and Costelloe penned the tune and it’s a straight up depiction of life as a waitress. They certainly know of where they speak, having both plied their trade amongst wait staff in the many clubs they have played. The band lays down a classic mid-tempo Stones-like groove that should really connect with folks on the dance floor. Home Cookin’ are air-tight and really know how to succinctly present a hit. They seamlessly walk that line between blues and pop. This track has a lot of personality and soul. It’s also got some great hooks and clever turnarounds that prompt this reviewer to want to hear more.

[This] piece is a grenade. It was written by lead guitarist Michael Costelloe and guitar-playing singer Anastasiya Protasevych, who moved to Chicago from Lviv in western Ukraine in 2017. Musically she likes American blues and classic rock as well as folk music from her homeland. Vocally [she is said to] be close to the Cranberries, which is not the case with “Working For A Good Tip”.

Here she reminds me of the good Patti Smith. And how! And as if that wasn’t a direct hit, Michael Costelloe plays a guitar that is in no way inferior to Keith Richards’. Do you understand that with the long nose now? If that wasn’t an exception for the two songwriters, then you can be so sharp on other pieces of your own. Why play cover songs when you’ve got a track like “Working For A Good Tip” up your sleeve?

Lead-singer and co-writer, Anastasiya (who also plays rhythm guitar and piano for the band) sings the part of the waitress and relocated to Chicago from the city of Lviv in Western Ukraine in 2017.

With her vocal style reflecting her thorough knowledge of American Blues and Classic Rock music, along with her love of Ukrainian folk music, the track is a slow-roll blues rock masterpiece.

With her vocals layered with strong European influences, and to my ear, a cross between Delores O’Riordan (Cranberries) and Margo Timmins (Cowboy Junkies), Anastasiya puts her heart and soul into ‘Working For A Good Tip,’ whilst at the same time allowing the organic nature of the track to breathe freely.